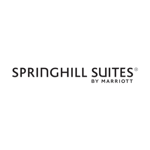 Once again, the Dells Ducks has plucked a quality player from the roster of a quality Wisconsin-based high school roster in the off season.

Reece Atkins, a 5’11, 175-pound right-shooting forward collected 10 goals and 31 points for the Amery Warriors in the competitive Middle Border Conference this past season.

He also played a key role for the Warriors in the post season, scoring in each of his team’s three-game run and adding an assist as well. That stands out as a high point in his career so far.

“This is the first time in program history a team (from Amery) has made it that far,” said Atkins in a team questionnaire adding his team earned the Sectional spot with a thrilling overtime win against rival New Richmond Tigers in the Regional championship match.

Atkins enjoyed a breakthrough season in Amery, more than doubling his 13-point total from his junior season.

After impressing the staff, including incoming Head Coach Anthony Rohde at a prospects/player's camp held in Lake Delton in March, Atkins recently confirmed his intention to help the Dells Ducks as a great signing of the off season.

Coach Rohde had this to say about Reece, when asked his thoughts about his new player: “It’s not often you find someone with his size, ability to see the ice, and hands, all in one.  I was very impressed to see his ability to create something in tight areas, it can be game changing.”

While Coach Rohde was impressed with what he saw from Atkins in his visit to the Lake Delton Ice Arena back in March, the coach and team owner Shaun Falzone also made an impression on the ‘03 forward as he counted them as his primary reason for selecting the Dells Ducks on the form.

Atkins is looking forward to making his presence felt as a rookie and feels his ability to set the tone in a game could be valuable. He counts among his strengths “My ability to slow down the game and pick up the pace whenever I want. My ability to find open guys, create space for myself and others and make the right play.”

Jackson Henningsgard, another player who wrapped up a solid run as a junior player himself this past season has been an influence on Atkins who says he loves to play, especially with the game on the line.

Looking ahead to a first season with the Ducks, Atkins is looking forward to helping the team on a quest to help the Ducks continue to improve from last season.  He wants to be a regular contributor on the score sheet, but he also knows the step from varsity to junior is a large one.

“For me, coming from high school, the pace and intensity of the game will be the biggest factor,” predicted the forward.

He is looking forward to the billet experience and spending a season in Wisconsin Dells, a community he has visited before. Currently located a stone’s throw from the Minnesota border, it’s no surprise the Wild his favorite hockey team, but he counts Patrick Kane, Patrice Bergeron and Connor McDavid as players he admires and tries to emulate.

A three-sport athlete, Atkins also enjoys football and baseball and he says Chicken Alfredo is a favorite pre-game and/or post-game meal.

Ducks Organization would like to Send their Condolences to the Frew Family, for the Passing of Coach Ryan Frew.

Loss of a Great Man and Coach, to Early in his Life.

The USPHL and all of its Member Organizations express its deepest sympathies to Ryan’s wife Nanna and his sons Seamus and Quentin, his daughter Layla, as well as his extended family, the New Hampshire Jr. Monarchs organization, and all others whose lives he touched.

It was a fitting reward when, in 2017, Frew received the New Hampshire Union-Leader Forty Under Forty Award, recognizing his great service to youth in New Hampshire. In the accompanying article, when asked why he chose his profession, his answer was straightforward:

“I love working with people. My chosen profession offers me the opportunity to support and influence young men’s lives during a critical stage of their development and help guide them to become the best version of themselves,” Frew told the Union-Leader. “There is no greater reward than knowing that you have had a positive impact on someone's life journey.”

Frew had a positive impact on everyone he met, no matter where he went, extending beyond the leagues, to the greater hockey community.  Coaches from across the hockey realm spoke about their concern for Frew’s health during his illness.

He coached the Monarchs to Empire Jr. Hockey League titles in 2010 and 2012, as well. He also saw his Monarchs receive a USA Hockey Team Sportsmanship Award and he was an All-Star Coach in six of his eight Empire seasons.

Frew led the Monarchs to the first Eastern Hockey League regular season championship in 2014, and in 2016, the Monarchs added Playoff Champions to that resume.

Within the USPHL, he helped shepherd the Monarchs into the NCDC to start the 2018-19 season, his team’s start in the league was so impressive, he was named NCDC Coach Of The Year after that first season.

Rest In Peace, Ryan. Everyone in the USPHL will miss you and that big smile and laugh.

The Dell's Ducks Annual Food Drive Weekend takes place this Friday November 2nd and Saturday November 3rd at 7 pm, as they face off in a two game tilt against their Division rival Hudson Havoc.

This year the Dells Ducks Junior Hockey Team and the Wisconsin Dells Food Pantry are partnering up to help feed Families in need during the holiday season.

The team's goal is to surpass last years record donation of more than 1100 pounds of food donated to children, the elderly, and economically disadvantaged families who would otherwise go hungry during the holidays.

One in Nine Wisconsin Families either go hungry or ration what they eat as hard choices must be made during the cold months.  The Dells Ducks are doing their part to help these families in need.

As part of the Ducks commitment to community, players will be volunteering during various times at the Wisconsin Dells Food Pantry.  They will take part in stocking of the food items as well as delivery to area homes.

Please support this cause by attending this weekends charity event and bring along at least one non-perishable food item and receive a dollar off admission.

You can expect an exciting evening of speed, checking, and scoring when these two division rivals face off against each other. 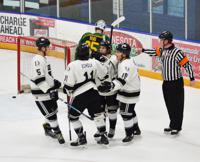 The Ducks traveled to the Fogerty Ice Arena in Blaine Minnesota for the USPHL MIAC 3 day, 3 game College Showcase weekend.

The team showed discipline and maturity in their commanding victory over the Chicago Cougars, and were very competitive in two close contests on days one and two.

Early in Game 2, the team found themselves short defensively as team captain Austin Phillips left the game due to injury.  The team continued to play solid hockey, but the loss of "Philly" along with some untimely penalties, proved too much to overcome as they lost to the Minnesota Blue Ox.

After feeling the sting of defeat less than 24 hours before,the Ducks very talented squad put all the pieces together and took Division rival the Chicago Cougars to task, out skating, and most importantly, out scoring them to a 3-1 final.

The MIAC Showcase is a unique venture bringing together USPHL Premier talent with top Division 3 Schools.  The MIAC consists of the best NCAA Division 3 schools throughout Minnesota and is annually one of the top conferences in Division 3 college hockey.

The Ducks finished the Tournament 1-2